Australia & New Zealand, September 2021:
Royal Enfield, the global leader in mid-size motorcycles (250cc-750cc), today announced the launch of the updated Himalayan in Australia and New Zealand, in three new distinctive, terrain-inspired colourways, along with a range of upgrades. The versatile adventure-touring motorcycle will now be available in new Granite Black (mix of matte and gloss), Mirage Silver and Pine Green, in addition to the existing colourways of Rock Red, Lake Blue and Gravel Grey. The new Himalayan also features switchable anti-lock braking system and the Royal Enfield Tripper, a simple and intuitive turn-by-turn navigation pod.  The new version of the Himalayan makes the versatile adventure tourer even more capable and comfortable.

Launched with the purpose of creating a distinct sub-category within adventure touring, the Himalayan has been hugely successful and has a growing community of adventure riders across the globe. Purpose-built and practical, the Himalayan debuted in 2016, and over the last 5 years has carved out a strong category of accessible adventure touring across the world. In Australia & New Zealand, since its launch in 2016, we have close to 1800 Himalayan customers who have been riding their Himalayans across various terrains in the country. In addition to this, the Apparel & Genuine Motorcycle Accessories inspired by the Himalayan, ensures that the rider also looks the part and is adventure ready. The Himalayan has been a favoured companion for motorcyclists in Australia & New Zealand and was also awarded ‘Best LAMS Adventure Bike for 2017’. Royal Enfield will also be conducting Himalayan Adventure and Himalayan off-road training in Australia and New Zealand in the near future.

A simple, capable and ‘go-anywhere’ motorcycle, the Himalayan was inspired by Royal Enfield’s experience of over 50 years of riding across the Himalayas. Owing to its versatility, simplicity and competence, the Himalayan has received incredible response from riders across the world. The Himalayan today is recognized as a truly capable adventure tourer by global motorcycle experts, has been featured on the covers of top global automobile magazines, and is among the leading Royal Enfield motorcycles being sold across several geographies, including Europe, America, Latin America and South East Asia. 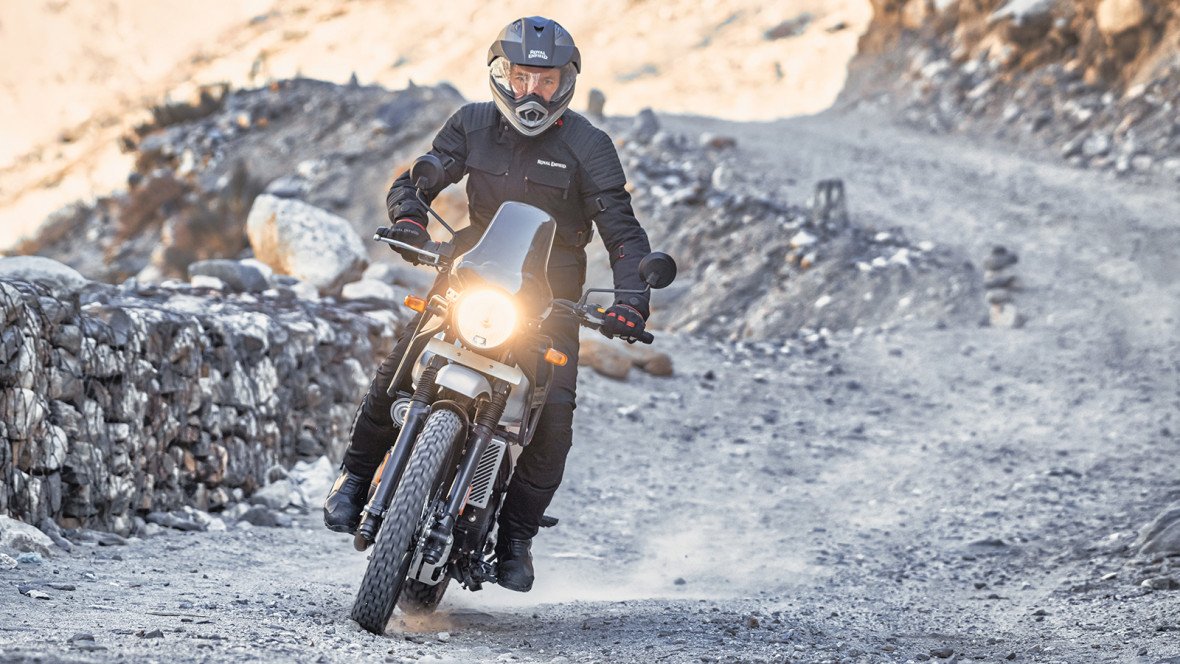 Commenting on the journey of the Himalayan and the launch of new colourways, Mr. Vimal Sumbly, Business Head APAC, Royal Enfield said “In a short span, the Royal Enfield Himalayan has opened up a new category within global adventure touring, has successfully established itself as a truly global motorcycle and has been among the most sought after motorcycle for Royal Enfield across several markets. The originally developed 2016 Himalayan launched in India was a category first, and was a very versatile and accessible motorcycle. Over the years, together with feedback from our riding community, we have consistently evolved the Himalayan in design and functionality, and improved the overall ride experience. This has resonated very well with millions of adventure enthusiasts across the world, who now have new variants to choose from. With today’s launch, we are confident to further fuel the adventure touring space across the world.” 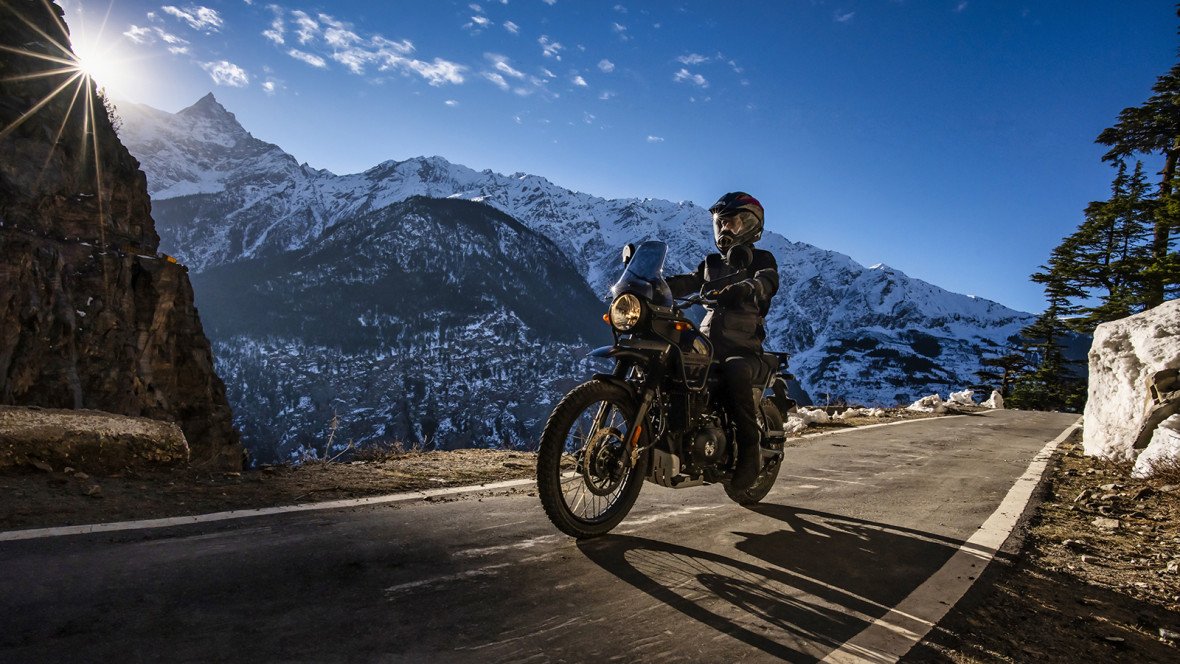 The Himalayan retains its original versatility and vigour, and makes the ride experience more engaging by adding the Royal Enfield Tripper, a navigation display device for real-time directions, built with Google Maps Platform and paired via the Royal Enfield App to the rider’s smartphone. Inspired by its community and riding enthusiasts, the Himalayan has consistently evolved with aesthetic as well as functional upgrades to enhance the overall ride experience, both on and off the road. The new version of Himalayan retains the original versatility and vigour and makes the experience more secure through Switchable ABS, which will give the rider greater control and a more pleasurable riding experience.

The new Royal Enfield Himalayan will be available in three new colourways  – the new Granite Black , Mirage Silver, and Pine Green, adding to the existing portfolio of three colour variants – Rock Red, Lake Blue, and Gravel Grey. The motorcycle will be available for order and test rides in Australia and New Zealand shortly, starting at $8,190 Ride Away (Aus) & $8,190 Inc GST(N.Z), now with three years 30,000klm warranty and Roadside Assist. 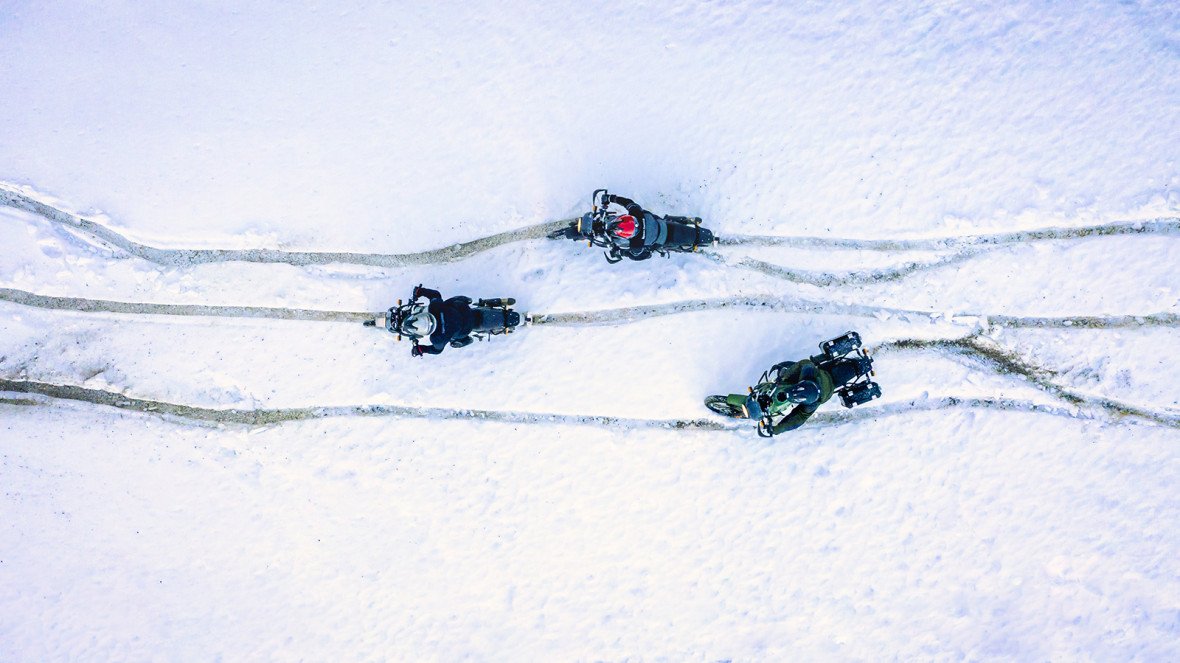 When the journey takes a break and the moment begi

Sorry not looking at you - I’ve got my sights on

"Club days are good days..." Is there anything th

And the winners of the Royal Enfield merch' packs

Catching a few waves with the Interceptor 650 in C

With arms wide open, we welcome the new year. May